Ah, modern medicine. Got a problem with your gut? Just run a camera down there and see what’s up.

That’s pretty much how it went for me, anyway. I’d been sweating ulcers or a hiatal hernia for a while, so I finally went to see a GI specialist last week. Today, he ran the scope down my throat. 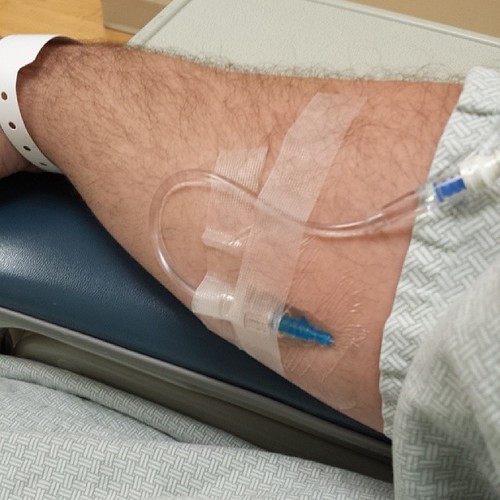 They told me I’d be awake for the procedure, so I’d hoped to get a look at the monitor, see what the doctor sees. What they didn’t tell me until today was part of the cocktail they use to sedate me for the procedure is an amnesia drug.

Sure enough, as far as I know it was lights out. I remember a few seconds of gagging, and telling myself not to fight it. Chances are I couldn’t have moved if I’d wanted to, but next thing I know my doctor and my wife were standing at the foot of my bed.

On the upside, the doc found no evidence of ulcers or hiatal hernia. Fortunately it wasn’t one of these bad boys, either

On the downside, I get to learn more about something called eosinophilic espohagitis, which is a fancy way of saying I probably have a food allergy. Now it’s just a matter of figuring out what my triggers are. The doc says to avoid processed foods to start with, which is a good idea in general.

At least I have some peace of mind now. Ulcers could have led to surgery, as would a hiatal hernia. There was no talk of strictures or acid reflux scarring, so I’m guessing that’s clear. I’m fortunate, as this is at least the second time I’ve had some weird symptoms pointing to big problems, only to learn it’s actually something minor.

Works for me. Onward to bigger and better things, as I’ve got a race to train for.