I’ve been feeling lost this year.

It’s tough to put my finger on why, and I’m not even sure I realized it until I went to St Louis on a writing-related trip a couple weeks back.

Let’s back up a little. We all know not having time to write is bullshit, right? Time is made, controlled, managed. It’s not possessed. Time moves in one goddamn direction at one speed, period. We choose how we spend those minutes.

I know I have to make time to write. A writer writes, do the work, art harder, or whatever your favorite motivational platitude, they all apply. A writer’s work has to get done, period.

And here I am staring at another blank fucking screen.

I worried that I’m not enjoying this anymore. I worried that I should save myself the heartache of rejection and flat sales and keep doing the other things that are going well, like working out at the dojo and building up the classes I teach. I asked myself that toughest of questions all writers need to face at some time or another:

Most of my writing and brainstorming sessions look something like this: 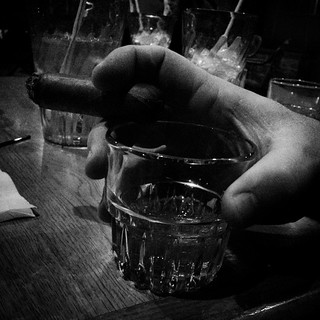 It ain’t just for show. I enjoy those times brainstorming and working through problems, as infrequent as they have been the last several months. I feel at peace.

I feel like it’s just me and the notebook or keyboard, and I can finally get some work done.

Instead I’m sweating other things. I sweat what I should be doing instead of what I want to be doing. I sweat things outside of my control. Things I don’t want anything to do with, but I take on.

And that St Louis trip made that apparent.

Three of us got together to talk writing and comics and the businesses of both. At one point we started batting pitches around the table. One of the guys had a long list of things he was sitting on, things he didn’t have time to work on yet. Things he thought were silly and he backburnered, but kept handy just in case.

I had three notebooks in my pocket and started flipping through them, looking for ideas. I sat there quietly, going page by page, as the other two guys chatted enthusiastically. They suddenly asked me why I looked so angry.

Because it hit me: I’ve fucked up.

Sure, I had several pages devoted to The Pack and the plot to one pitch I’d put together a while back and another based on “All Things Through Me” from the In the Dark anthology, but for the most part, the pages were full of other things.

I burned a lot of pages taking notes in karate class, and that’s cool. But the rest? All bullshit.

Solving problems at the day job, for example. Noodling an alternative to the day job. Lists of things I needed to do at home, or at work. Even a list of things I should talk about here, on the blog, because I’ve fallen waaaay out of the habit of posting.

Three notebooks and nothing new. Nothing fresh. Nothing exciting.

It changed after that moment, though. I jumped back into the conversation, told them about another idea in the back of my head. Something I hadn’t  made the time to sit down and work on.

They loved it. I spent the next week working on it, and as I type this it’s sitting on an editor’s desk, waiting on a decision. The three of us collaborated on another idea, and on the way home, one of those guys and I put together yet another concept that we dig. 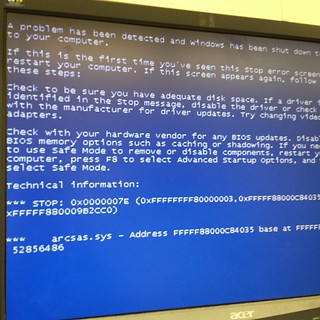 The bane of all techs

This picture sums up everything that I find soul-sucking and frustrating about my day job. I attempted to make one small driver upgrade, and the whole thing came crashing down.  I’ve spent three days off and on, including an hour of a Sunday afternoon, trying to fix it. No success.

Before St Louis, I’d have moved a cot into my office and refused to leave before I gave up on it. Now? Hell, it’s tough to care. I told everyone why this server was a bad idea, and what our alternatives were. I got overruled and now it’s biting us in the ass. I’ve got a workaround and we’ll get through it, but I’m just not going to lose any sleep over it.

Nor will I lose any more productive time to those who have no respect for it.

Now I find myself in a strange, bittersweet position. I’ve been sitting in a cafe, killing time before heading to the dojo for test prep with some fellow karateka. There’s a blank slate in front of me.

On the plus side? That blank slate means I can work on anything. The possibilities are endless. Horror? Crime? Long fiction or short? Prose or comics? It’s exciting, and almost overwhelming.

The down side is I have no commitments. That same blank slate is my career. Tabula rasa. Square one. The ground floor. It’s intimidating, and a little disheartening.

But yes, I still dig it. My fingers itch, and that server can go to hell.

Time to do some damage.