Short answer: Why not? 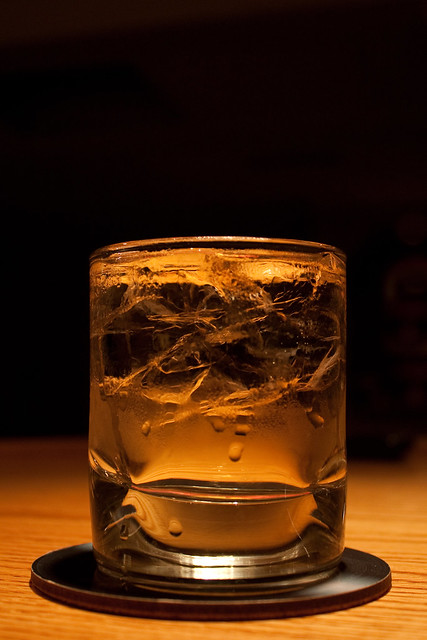 The long answer: It turns out, in addition to my other food allergies, I’m allergic to barley. All those times I had heartburn after drinking a few beers with friends? That was the allergy kicking me in the guts. I can do ciders, wheat beer, or even sorghum beer, but no more standard barley beers for me.

The good news is, though, if you distill the stuff, it’s harmless. For years I’d only dabbled with some of the well whiskeys and bourbons if people bought me a shot, but then a friend turned me on to Jameson Irish Whiskey, and another friend turned me on to Woodford Reserve, and pretty soon I realized there was a whole new world out there to explore. Add cocktails to the mix and that world becomes even bigger.

I’ve enjoyed reading up on regional blends and flavors, and learning the differences in their histories and what makes a bourbon a bourbon and a Scotch a Scotch. I’m sure I’ll flirt with a few other liquors as well (I’ve had some really good tequilas), but for the moment I’ve barely put a dent in the bourbon selection.

Favorites right now include Four Roses Small Batch, Woodford Reserve, and, from right here in East Peoria, Illinois, J.K.’s Straight Bourbon. The bar where I enjoy my cigars has Knob Creek, which I like okay, but they’ve jacked up the price on it, which sucks.

It’s also given me a good excuse to do the Booze and a Book thing. Look for another entry next week.